Today on AllTop9, we have compiled a list of the richest actors in the world in 2020. Being an actor is a demanding profession, but for those who succeed, success is aplenty. Every actor does what he does to earn money and notoriety. The net worth of a successful actor is public knowledge nowadays. Here is the list of the top 10 richest actors internationally in 2020. This list contains both Bollywood and Hollywood actors!

Top 10 most popular richest actors in the world 2020

The top 10 richest actors in the world are listed as follows. Mel Gibson is a hugely popular Australian-American actor with extraordinary skills. Gibson is not only an actor, but also a film director, producer, and screen writer. Mr. Gibson tops the list of the top 10 most richest actors in the world of 2020 with $800 million to his name.

William Shatner is one of the most popular Canadian actors. He is an all-time famous actor. Apart from being an actor, Shatner is musician, singer, film director, author, comedian, and also a spokesman! With his vast array of talents, people are always impressed when they see him on the big screen. William Shatner stands in the 2nd position with $650 million. Shahrukh Khan, or “King Khan” of Bollywood, has millions of fans on an international scale. Khan is the 3rd richest actor in the world as of 2020 with $600 million in the bank. Shahrukh, often credited as Shah Rukh Khan is informally known as SRK. Shahrukh Khan also wears many hats, such as TV host, producer, philanthropist, and mentor. Tom Cruise is 4th richest actor in the world in 2020 with $500 million. He has been nominated 3 times for an Oscar Award to date. Cruise is not only an American film actor but is also an executive producer. He began his career at the age of only 19 with the famous 1981 film Endless Love.

Jack Nicholson is an incredibly famous American actor. Nicholson, the 5th most popular richest actors in the world, has earned $400 million over the course of his career. He is also a film director, producer, and also a writer. Throughout his career, Jack has portrayed unique and challenging roles, especially his most famous role as the star in classic horror film The Shining. Thomas Jeffrey “Tom” Hanks is a world-renowned American actor. In this list of the richest actors in the world, Tom Hanks stands at 6th place with $350 million earned throughout his many years in the profession. Aside from acting, Tom Hanks is a producer, writer, and director. Hanks is best known for his roles in hugely famous movies such as A League of Their Own, Sleepless in Seattle, Big, and Forrest Gump. Arnold Alois Schwarzenegger is household-name Austrian-American actor. Schwarzenegger is the 7th richest actor in the world as of 2020 with $300 million. Arnold is also a politician, businessman, investor, and former professional bodybuilder. Previously, Schwarzenegger served two terms as the 38th Governor of California from 2003 until 2011. Mr. Schwarzenegger has led a very interesting life! Adam Richard Sandler is an American actor as well as comedian, screenwriter, and film producer. After beginning his film career as a Saturday Night Live cast member, Sandler went on to star in many Hollywood films and has become a household name. Adam Sandler holds the spot as the 8th richest actor in the world with $300 million. Sylvester Gardenzio Stallone, nicknamed Sly Stallone, is an American actor that began his career decades ago and still scores roles on the big screen to this day. He holds 9th place with $275 million. Stallone is also a screenwriter and film director, much like the other members of this list. Stallone is well-known for his Hollywood roles in the Action genre. 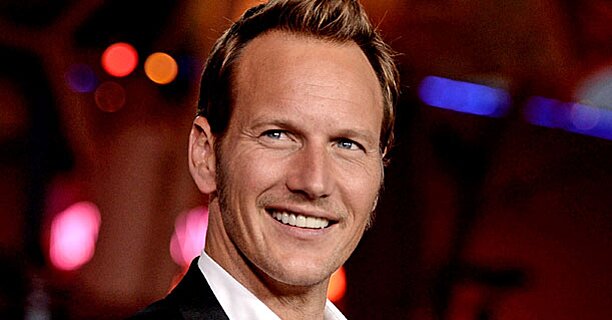 Patrick Joseph Wilson is an American actor and singer. Wilson has spent years playing lead roles in major Broadway musicals, beginning his long career in 1996. In 2003, Patrick appeared in the HBO mini-series Angels in America. Since then, he has gone on to star in numerous high-budget horror films. He is 2020’s  10th richest actor in the world with $275 million.

So, these are the top 10 most popular richest actors in the world 2020.